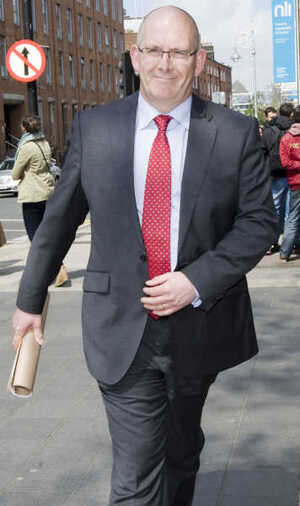 The Master of Dublin’s Rotunda Hospital has said Ireland’s prohibition on terminations for pregnant women in cases of fatal foetal abnormality should be addressed.

Dr Sam Coulter-Smith (above), in an interview with irishhealth.com, described as ‘crazy’ the current situation whereby women in cases where they are carrying infants with fatal foetal abnormalities are forced to travel to the UK for terminations.

“This issue will require separate legislation – that is something that does need to be addressed. The current situation is crazy. Ultimately we will come around as a society to that but it is an awful shame that we have this crazy situation where women who are carrying babies who have a fatal foetal abnormality are forced to travel to the UK.“

Where Is Your Decency?

Yo! DQ Spin The Bias

Not The Shame Old Story