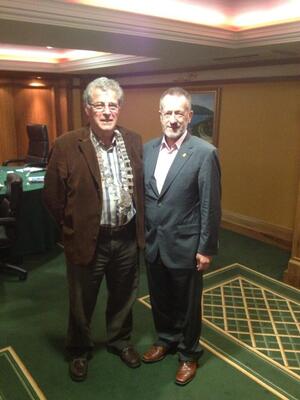 Pat Hussey, the mayor of Tralee, said Fine Gael’s “ridiculous” gender quotas could lead to many situations where “you could have a fantastic candidate overlooked for someone who doesn’t know anything at all about politics”. He said he was in favour of increasing female representation in politics but “they have families and if they want to be politicians they’ll have to pay exorbitant money into creches — it’s all wrong”.

And a Happy International Men’s Day to you and yours.