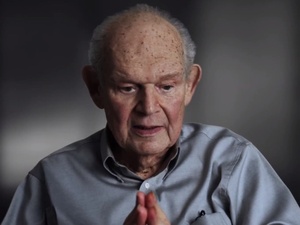 In a 2010 interview with Errol Morris, filmed 18 days before Mandelbrot’s death, the legendary mathematician talks about his work and the origin of the word ‘fractal’ with which he will always be associated.

Now go fractalise the Tumblr of your choice.

One Rotation Of The Moon