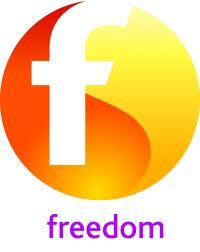 “Three “highly traumatised” women have been rescued from a house in south London where they appear to have been held captive for three decades, Scotland Yard has said.

“A 69-year-old Malaysian woman, a 57-year-old Irish woman and a 30-year-old British woman were all rescued from the residential address on Thursday morning by detectives from the Metropolitan police Human Trafficking Unit.

“Two suspects – a 67-year-old man and a 67-year-old woman – were arrested at the address under the investigation into slavery and domestic servitude, the force said in a statement.”

“Scotland Yard said: “Police were contacted in October by Freedom Charity after they had received a call from a woman stating she had been held against her will in a house in London for more than 30 years.” 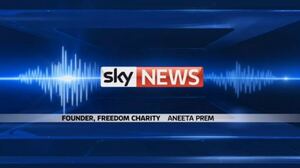 Aneeta Prem, founder of Freedom, spoke to Sky News tonight about the call that was made to her charity. She said it was the Irish woman who made the call.

Aneeta Prem: “The lady, that’s Irish, saw me on TV, on Sky News, and I think the name of the charity was one of the catalysts, being called ‘Freedom’ and that’s exactly what they knew they needed. They knew they needed their freedom. And so they placed a call to us. And we take every call very seriously, that comes into the helpline and we always treat every call as a last chance call, as if it’s the only chance that someone can get through to us. And we managed to act immediately, to ensure that they were helped and given the help and support they needed and that involved gaining their trust over a period of phonecalls, when they could phone us because that had to be done in secret so it was a very difficult situation for them but they were very brave to carry on with that. And I think I can only really commend the staff at Freedom Charity for all the work they’ve done in the call centre because they’ve been absolutely amazing throughout this.”

Sky News: “Ok so, so Aneeta, the Irish lady, one of these women saw you speaking on Sky News?”

Prem: “I think all of them saw me, saw me on the news and they made a decision that, because of the name of the charity, after seeing me over a period of weeks on TV, and felt they knew me because they had seen me and it gave them the courage to, you know, make that phonecall.”

Sky News: “OK so, how did they manage to make the call? Why hadn’t they managed to do that before?”

Sky News: “And then what happened?”

Prem: “And then we started, in-depth, started to talk to them, when we could because it had to be pre-arranged when they were able to make calls to us and that had to be done very secretly by them because they felt they were in massive danger from the calls being taken, by being able to get on the phone. And by doing that, we were able to gain their trust and, with the help of the police, we were able to get them out. So we’re absolutely thrilled this has happened really. Now they’ve got the difficult stage of trying to rebuild their lives.”

Women Were ‘Kept As Slaves For Over 30 Years’ (Sky News)

Banksy Versus The Olympic Censors

Are You Going To The Cork Film Festival?