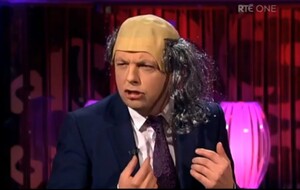 “Mr [Kevin] McCarthy was his driver during the presidential campaign but, according to those close to the campaign, he increasingly became an all-round assistant.

Mr McCarthy is quiet, diligent, trustworthy and is said to have formed a strong working relationship with Mr Higgins.

Earlier this year, the Irish Independent reported that Mr McCarthy accompanied Mr Higgins on a holiday in Lanzarote to work for the President.

It is understood Ms van Lieshout was unhappy with the level of access to Mr Higgins she was afforded on a day-to-day basis in the Aras.

How To Draw Michael D Higgins