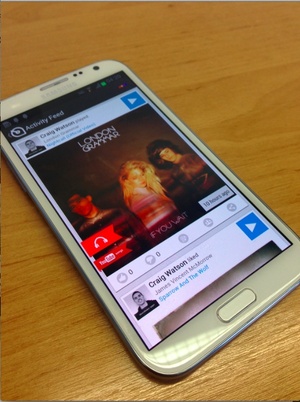 You might recall Soundwave, one of Karl’s Irish Apps of the day.

Soundwave is a music discovery app on both iOS and Android backed by Mark Cuban.

And has JUST had an important upgrade.

We can now sync music that people play on YouTube to their Soundwave account. We’ve been working really hard on a filtering system to ensure that only the correct content syncs over to Soundwave. So, if you watch a YouTube video of a cat falling out of a tree, that won’t sync across but if you watch a music video – that will. We’ve been really happy that this system is pretty water-tight as we’ve been beta testing this new feature – and it will only get smarter as time goes on. This is also our first step away from pure audio music and towards other media, like video. As of this morning it is now LIVE for iPhone and Android.