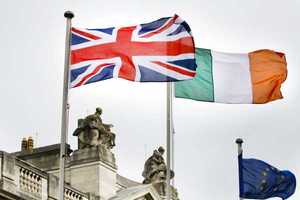 A new Northern Ireland flag should be created to complement the Union Flag – but flying the Irish Tricolour would probably see Stormont collapse, a unionist veteran has said.

Lord Kilclooney, who was first elected to the old Stormont in 1965 and served as a minister under both James Chichester-Clark and Brian Faulkner, warned that any attempt to fly the Republic of Ireland’s flag north of the border would be deeply destabilising.

“As a result of the Belfast Agreement the people of the Republic of Ireland voted to abandon their territorial claim over Northern Ireland. To now fly the Tricolour officially would be contrary to that decision and would undermine the Agreement, leading probably to the collapse of the Northern Ireland Assembly.”

Previously: Anything Good In The Irish News?