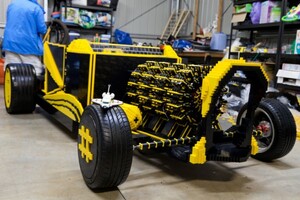 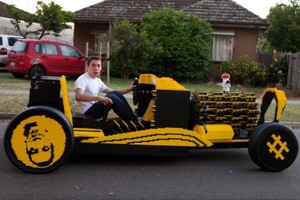 Melbourne based Steve Sammartino sent out a single tweet:

Anyone interested in investing $500-$1000 in a project which is awesome & a world first tweet me. Need about 20 participants… #startup

He ended up with a 500,000+ piece air powered LEGO roadster built by 20 year old Raul Oaida from Romania.

It seems a little too good to be true, but I’m wishing with all my heart that it is.

There’s more about the project on Super Awesome Micro Project.

They’re Here To Save The World