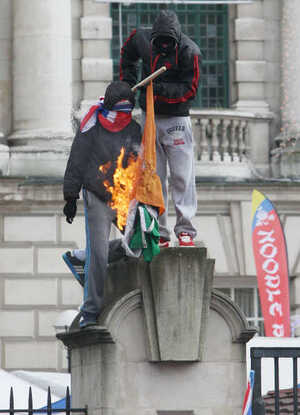 The flying of the Irish tricolour on government buildings has been ruled out by Richard Haass. The former US diplomat is heading a team attempting to resolve the issues of parades, flags and the past. It is understood his proposals include a licensing system for the flying of flags, a trauma centre and new bodies for dealing with parading and the past.

He appears to have ruled out the flying of the Irish tricolour on government buildings but backed designated days for flying the union flag. Dr Haass will meet the parties individually on Friday morning and there will be a round table session in the afternoon.