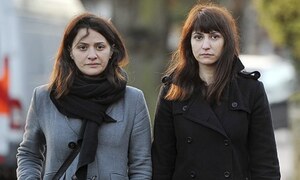 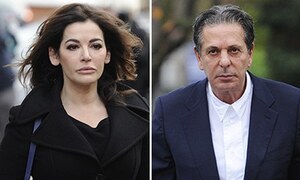 [From top: Elisabetta (left) and Francesca Grillo, cleared of theft, and their former employers “Nigella Lawson and Charles Saatchi}

It can now be reported that David Cameron’s “unprecedented” public backing for Nigella Lawson during the fraud trial of her former personal assistants came close to collapsing the case because it was considered “an abuse of process”. The prime minister had stunned lawyers when he gave a magazine interview in the middle of the jury trial, where he described the TV chef – the key prosecution witness – as a “very funny and warm person” and said he was “a massive fan”.

Nigella Lawson, Charles Saatchi and the ‘case with no winners’ (Guardian)

Going For The Jugular