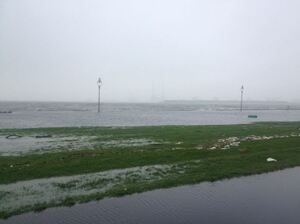 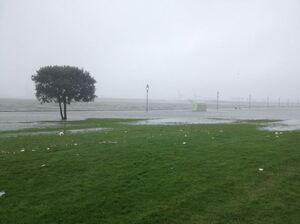 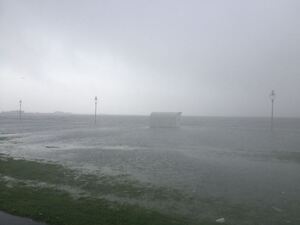 Along the promenade at Clontarf, Dublin  yesterday.

“Dublin city authorities are awaiting high tide anxiously, though buoyed by yesterday’s lower than expected sea surge which failed to cause any major flooding.”
“We dodged a bullet,” said council spokeswoman Angela Walsh, who said there was no flooding in any of the high-risk areas – on the north city coast at Clontarf and the corresponding southside coastal stretch at Sandymount.”