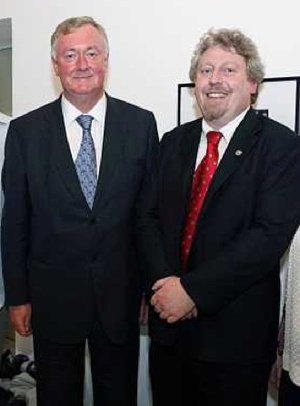 [Mike Fitzpatrick, right, and former Arts Minister John O Donoghue in the irish Pavilion at the Vienna Biennale in 2007]

Mike Fitzpatrick, from the Limerick School of Art and Design, will take over as CEO and Artistic Director for the Limerick City of Culture.

What’s he ever done?

Stab In The Back City