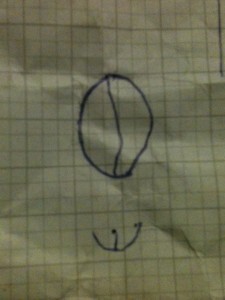 This article [from The Guardian] about the ‘return’ of female pubic hair has got  a huge amount of comments, (though not a great article, methinks) mostly about Cameron Diaz’s ‘bush’ and how that feminist lot shouldn’t get their knickers in a twist, that there are a lot more worthy causes. However I commented, as it coincided with a subject that I have been casually researching over the last year or so

Yes there are women who remove all pubic hair as a personal preference, However do not fool yourself into thinking that a culture pressurising women into pubic hair removal does not exist. This became clear to me when I attended a GP last summer with swollen glands, the first question he asked me was had I waxed, shaved or removed pubic hair recently? I thought what a really strange question. He then explained to me that it is “a very common occurrence to develop lymphatic and glandular infections caused by bacteria through the removal of pubic hair”, and that he was” merely factoring this into the process of eliminating”.

I asked him had he often seen this and he replied “that the number of young women presenting with general lymphatic infections from the practice of pubic hair removal (particularly in holiday times and summer months) was becoming an “astounding and worrying occurrence”. Afterwards I asked other GP.s I knew, had they also experienced this rise in lymphatic infections among young women due to the removal of pubic hair? and all of them said it had become a very common problem, due to the practice of the removal and of having no pubic hair, as the hair is there to protect against bacteria etc..

I asked other women what it was that persuaded them to remove all of their pubic hair?” Most of the answers indicated, that like many fads or fashions the pressure seemed to develop from other women and the fashion industry, Others said it was a matter of “heat and grooming”, “to look good in bikinis” and that any evidence of pubic hair (a natural feature) “was deemed to be dirty and disgusting”, but no-one was able to tell me “why pubic hair was now seen as dirty and disgusting?”.

So I decided to ask men what they thought. I asked about 50 individually men between the ages of 18-30, what their preference was? Every single one of the men on every single occasion told me that they “preferred a women to have no pubic hair”. I then asked them to draw a quick sketch as to what they thought a vagina should look like.

On each and every single occasion ‘bar none! the individual men drew a vagina that looked to resemble the vagina of a pre-pubescent girl not that of a woman who had progressed through puberty. Above is one of the sketches all of which (48 or so) were practically identical. When I asked them to draw a sketch of a penis all the images ‘bar none had pubic hair. (It is worth noting that I also asked a considerable number of men over the age of 35 and many replied that they “liked a woman to have pubic hair”.)