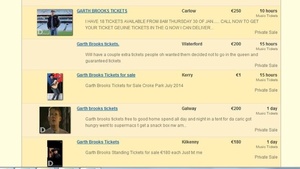 Tickets on sale at 9am.

Tragedy in Cork as a Garth Brooks fan gets off the pavement to buy tickets and linedances sideways into traffic. The humanity!

#GarthBrooks has added a third date to his Irish concerts – tickets on sale now for Sunday July 27th!!! #ticketmaster 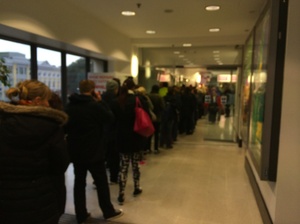 Blame It All On My Roots