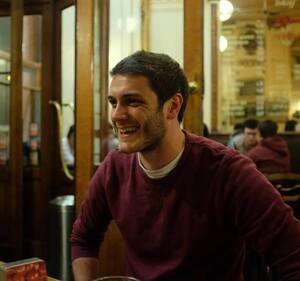 Are you an ex-Pat?

Conor O’Neill, above, from the We’re Coming Back, a campaign advocating for voting rights for Irish citizens abroad, writes:

As it stands, Ireland is one of only three EU member states to completely disenfranchise its emigrants. In a European context, this makes Irish people abroad – still Irish citizens – regrettably distinct: denied the right to vote in Ireland, and yet to earn the corresponding right to vote in their country of residence, they constitute a small group of European migrants that can elect no representatives, anywhere in the world.

Regardless of how much time they spend abroad, they are completely excluded from the democratic process at the national level. Over 120 countries worldwide (and growing) have established systems whereby citizens abroad can still participate in the political life of their home state. For many Irish emigrants, including hundreds of thousands that have left since the beginning of the financial crisis, in the context of high levels of unemployment, it remains a growing concern that Ireland is not one of them.

In Irish democracy, unusually, citizenship – and its practical expression through the basic right to vote – is fundamentally devalued for any time you may be abroad. This is a position at odds with the United Nations International Convention on the Protection of the Rights of All Migrant Workers, as well as the European Commission; only last week, EU Commissioner for Justice, Fundamental Rights and Citizenship, Viviane Reding, directly criticised Ireland for denying “one of the fundamental political rights of citizenship… part of the very fabric of democracy. Depriving citizens [abroad] of their right to vote… risks making them second-class citizens.”

It is also counter to the results of last September’s Constitutional Convention, which ruled overwhelmingly in favour of allowing Irish citizens abroad a vote in Presidential elections.

When this issue is discussed, fears are often raised about the potential size and influence of the diaspora. However, it is important to remember that Ireland would be legislating in a modern context – various measures, such as time limits or a limited number of reserved seats, are available and are regularly employed as controls. Across the international community of modern democracies, workable templates exist through which citizens abroad can be afforded realistic – but meaningful – political representation, whilst respecting the sovereignty of resident citizens.

On Wednesday night, the deadline closed for submissions to the Department of Foreign Affairs and Trade’s public review of Irish foreign policy – which covered how we engage with our citizens overseas. WCB’s submission to this process makes the case for voting rights for Irish citizens abroad, and is available to view here.

In light of recent international pressure, a public promise from our government to respond to September’s Constitutional Convention, and recent overtures from several political personalities, we believe that this submission is of note not merely to the DFAT, but to the general public as well. As the issue is discussed in the coming months, it’s important that Irish citizens abroad are also afforded a voice in the debate.

In the hope that we share this view, all the best.

Review of Ireland’s Foreign Policy and External Relations: Submission to the Department of Foreign Affairs and Trade

Correlation Does Not Imply Causation