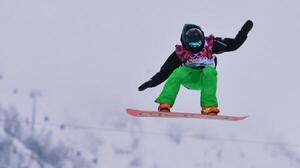 Seamus O’Connor has qualified for the semi-final of the halfpipe at the Winter Olypmics with a top score of 71.50. pic.twitter.com/uV3eYmQguT