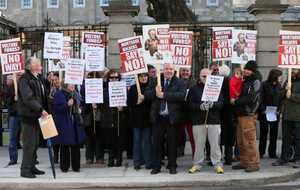 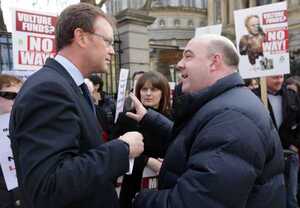 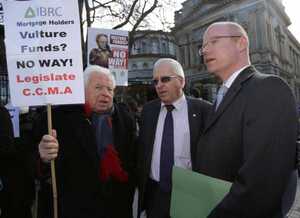 A protest outside Leinster House this afternoon as inside an Oireachtas Finance, Public Expenditure and Reform committee decided the fate of IBRC (formerly Anglo Irish Bank and Nationwide) mortgage holders. 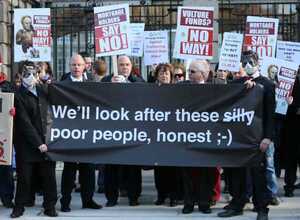 Two ‘Anonymous’ scamps at the protest