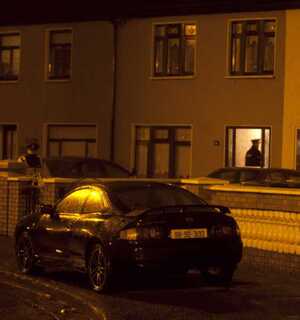 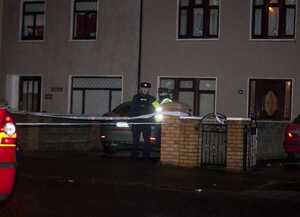 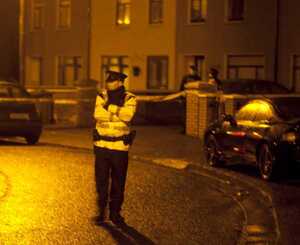 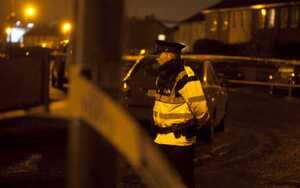 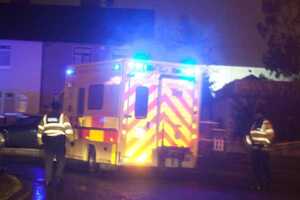 Scenes outside the house where John Gilligan was shot in the Greenfort Estate, Clondalkin, Dublin this evening.

Update: Screengrab (above) from SundayWorld.com showing their original report that John Gilligan was shot as he sat on the toilet.

John Gilligan fights for his life after being shot twice in the head and chest (Neil Fetherston, Sunday World)

Shooting His Mouth Off 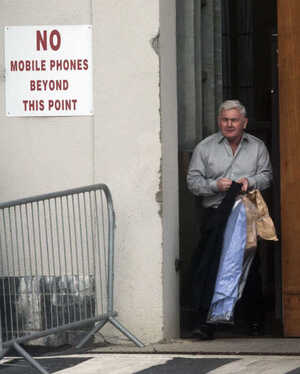 Shooting His Mouth Off