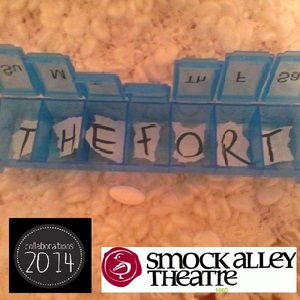 I know you don’t really do this sort of thing, but I’ve been trying to get some publicity for my friend Megan Stokes’ play [details below], Fort, with its first performance beginning in Smock Alley [Exchange Street, Dublin] tonight at 6pm. She’s an astoundingly talented writer working on a shoe-string budget, aspiring to work in theatre and journalism who has been fighting hard, juggling her degree, her play, and her sci-fi novel that I’m not supposed to tell anyone about.

Meanwhile, about the play:

“Blubber and King are stuck. In more than one way. Confined to their pillow fort they undergo repeating cycles of recovery and relapse while living with their respective mental illnesses and each other. Addressing disordered eating, sexual violence, the effect of mental illness on the families of sufferers, institutionalisation, and camaraderie between the mentally ill, we invite you to join Blubber and King in their fort. Because we’re all a bit messed up sometimes….and sometimes that’s OK….”