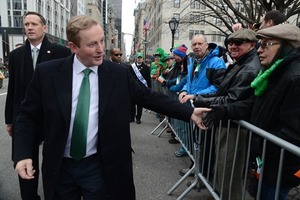 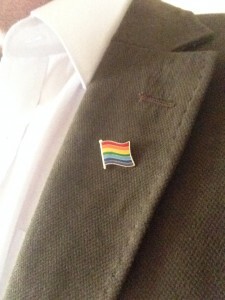 We the undersigned wish to express our strong concerns regarding your proposed participation in the St Patrick’s Day Parade in New York City. By singling out openly LGBT (Lesbian, Gay, Bisexual and Transgender) groups for exclusion from the parade, the organisers are sending out a message of discrimination and intolerance towards a section of the community and diaspora who deserve to have their contribution to the global Irish family celebrated and recognised on the same basis as everyone else.

It has been claimed, disingenuously, that because no group is allowed to display overtly political banners, the prohibition on LGBT people depicting any sign or symbol that would identify them as openly lesbian or gay is not discriminatory.

This is a claim that our identities are inherently political, which is false. Our organisations are first and foremost about community and visibility, not any political beliefs. The many other groups who make up the Irish-American community are all allowed to march under banners identifying who they are so we are clearly being subjected to a discriminatory double standard.

You gave a very welcome personal vow last November to actively campaign for what you describe as the ‘equality issue of gay marriage’ in next year’s referendum. You are also on record as stating that you are “proud to stand here as a public representative, a Taoiseach who happens to be a Catholic but not a Catholic Taoiseach. A Taoiseach for all of the people, that’s my job”. These were crucially important statements about the kind of Ireland you envision. You have an opportunity to serve as an ambassador for these same modern and inclusive values, ones which are shared by the vast majority of Irish people, at home and abroad.

Therefore, we strongly urge you to decline to march in the St Patrick’s Day Parade in New York next week – an honourable stance adopted by the city’s Mayor, Bill De Blasio, and the New York City Council. The exclusionary policies of the organisers are completely at odds with the statements you have made around these issues.  If, however, withdrawal at this stage is problematic, we ask that you wear the rainbow-flag lapel-pin [above] as a sign of solidarity with the Irish and Irish-American LGBT communities.

Where we are banned from marching and representing ourselves, our organisations and our community, you can act as our representative, our “Taoiseach for all of the people”, and show New York, Ireland and the world the values of our proud, inclusive and modern Ireland, that draws strength from our traditions but has dispensed with the damaging prejudices of the past.

Add yours below if you wish.

Previously: He Reigns Over Our Parade

That Stubbs Gazette Listing In Full