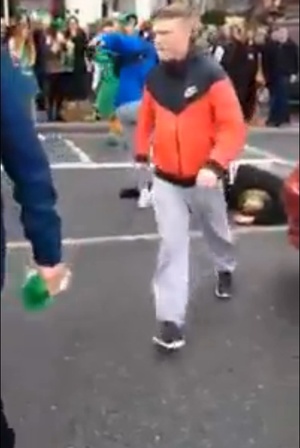 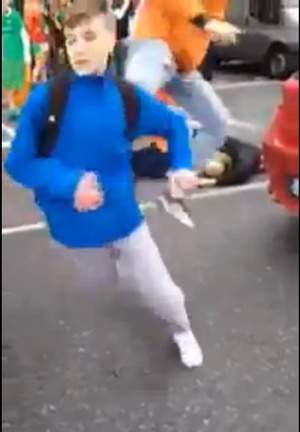 Scenes on St Patrick’s Day after a man was kicked as he lay on a Dublin street.

“At least two men in tracksuits were caught on camera running into the road on Aston Quay and kicking a young man lying on the ground. One of the boys kicked the helpless victim, thought to be from Brazil, in the head and ran off before the other booted him in the face, knocking him unconscious.”