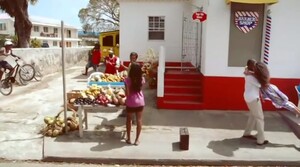 “Irish ad agency ‘Boys & Girls’  won Best of Show Overall Award at the Addys the world’s biggest advertising awards festival. The client is *cough* Broadsheet favourite Denis O’Brien’s Digicel and the ad will be shown in 31 markets as a brand ad for the Digicel Group. The ad is called ‘Be Extraordinary’. Fair play to the team at Boys & Girls ! It’s quite nice and beautifully executed.”

Boys And Girls Pick Up An Addy (Adworld)

Serving Up The Classy