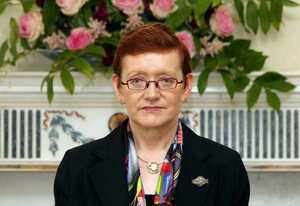 In January 2013 Garda whistleblower Sgt Maurice McCabe wrote to the Attorney General Maire Whelan to relay his concerns about the penalty points issue.

“I am a public servant. I need to forward an email to your office but I need to be sure that it will remain private and confidential before I can send it.”

He was assured that his correspondence would be “handled in strict confidence” and he forwarded his allegations.

The Attorney-General’s office did not inform Sgt McCabe that they had earlier provided legal advice to the Gardai over the penalty points issue.

They then forwarded Sgt McCabe’s letter  – despite his protests – to then Garda Commissioner Martin Callinan and justice minister Alan Shatter because the claims were “of such a serious nature”.