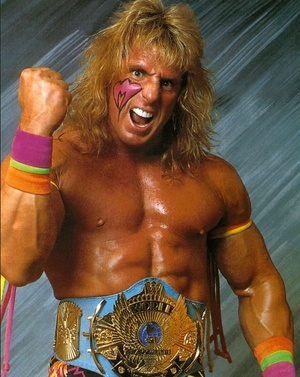 An inspirational athlete who could have chosen any sport but picked the unshowy, dangerous, and highly competitive, world of WWE and WCW wrestling to demonstrate his fierce will to win at all costs.

Starting his career as simply ‘Warrior’ he became known for his habit of ‘rocking the ropes’ pre-fight and sporting an enviously deep all-year tan.

Many consider his punishing clashes with Hulk Hogan in the late-1980s  pound for pound on a par, if not better, than boxing’s fabled Ali-Frazier bouts.