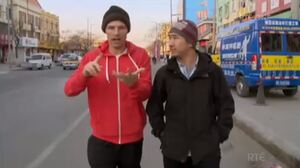 Des Bishop’s six-part series, called Des Bishop: Breaking China, started on RTÉ One last night. In it, Des moves to China for a year and enrols in college to learn Mandarin.

He also reunites with his Chinese friend Leo, whom he worked with in Abrakebabra in Waterford for his Work Experience documentary series, during which he lived on the minimum wage in 2003.

Leo went on to work with Des in The International Bar comedy club in Dublin but moved back to China a few years ago because of the recession.

On last night’s show, Des asks Leo to help him start up a comedy club in Beijing. 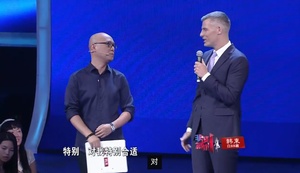 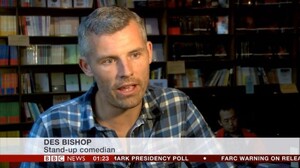 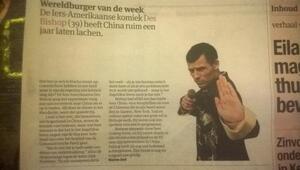