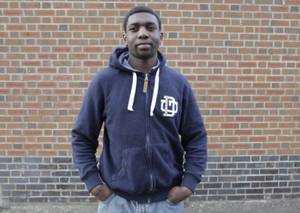 A schoolboy who was ignored by passersby as he staggered into the road with a gaping knife wound after being robbed at Finsbury Park station [on Sunday morning] is trying to track down the Good Samaritans who came to his aid and probably saved his life.

…Despite being injured and distressed, he was ignored by passers-by. Drivers swerved around him as he staggered into the road in a desperate attempt to seek help.
He was eventually saved by two men who told him not to panic, placed him on the ground and put pressure on the wound to reduce the loss of blood, before calling an ambulance.

“….When the police came, the men who helped were pushed to one side but they didn’t leave. They waited till the ambulance came to take me away.”

The two helpers were both white, middle aged, around 6ft tall and of normal build. Both had Irish accents and one was wearing a black polo top.