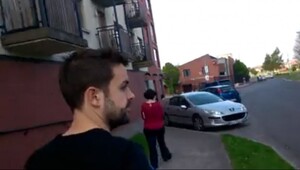 “This video shows an incident that involves the bullying of members of Labour in Tallaght [Dublin] yesterday afternoon. The crew [doing the bullying] are [allegedly] aligned to the socialists and Sinn Féin in an anonymous way to bully, harass and interfere with the democratic process.
In fact this sort of harassment and bullying is also [allegedly] happening online [allegedly] from certain members of Sinn Féin, particularly in Dublin west. Thanks, a very concerned citizen in Dublin west…”

UPDATE: The people in the video are not representing Sinn Fein or the Socialist Party [see comments}.

Working Class areas no longer safe for Labour Party candidates. Make of that what you will.