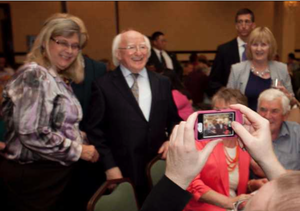 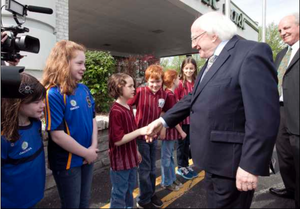 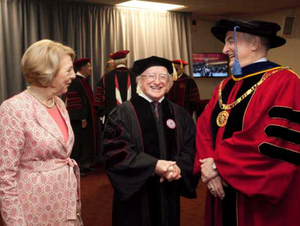 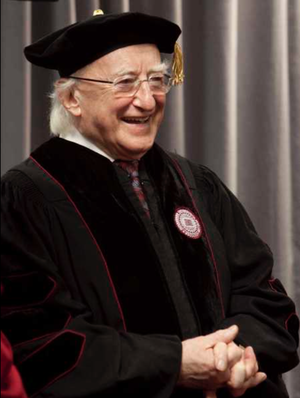 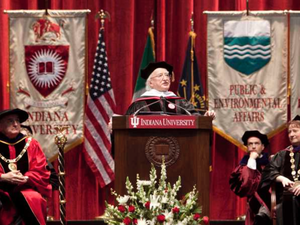 President Michael D Higgins and Sabina Higgins in Illinois, Chicago and Bloomington, Indiana at the weekend.

President Higgins graduated from Indiana University in 1967 with a Masters of Arts Degree in Sociology.

Previously: Squeezing Everything In

Squee Is Among Them