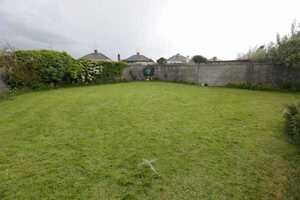 [The grounds where the unmarked mass grave apparently containing the remains of up to 800 infants who died at the Bon Secours mother-and-baby home in Tuam Co Galway from 1925-1961 rest].

“The treatment of these babies is in stark contrast to that of the deceased members of the Bon Secours order buried near this site. When the order moved away from Co. Galway, the nuns’ remains were moved to a well-tended and attractive plot in Knock, Co. Mayo.
The Tuam babies were left with no memorial…”