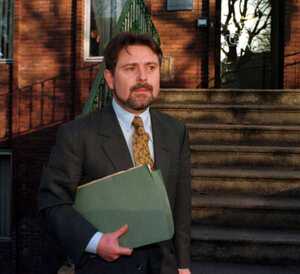 Anyone seen the secret vaccination files?

“As Labour Health Minister in 1993, Brendan Howlin (above) assured victims that an inquiry had found they suffered no ill effects from the experimental medical tests.
But last night mystery surrounded the whereabouts of the files relating to the inquiry — and Mr Howlin admitted he did not remember the probe or its findings.
The Department of Health said it was searching department archives in a bid to locate the documents. “Until all the files are retrieved, the department cannot say if the results of the inquiry exist,” a spokesman said..
New documents reveal Mr Howlin’s private secretary told victims the minister was “satisfied” there was no risk to the children subjected to the trials in the 1960s and 1970s. This was based on an inquiry supposedly carried out by the Department of Health.

How did Brendan Howlin know there was no risk to the children subjected to drug trials?

“it was not the practice to follow up vaccinated children for other than very short periods and the participants in these trials were not followed up in the longer term.”

High Court Justice Aindrias Ó Caoimh in his judgement  [Hillery Vs Minister for Education 2004] quoting directly from the  report of the Chief Medical Offcer put before Dail in 2000 .

Are you thinking what we’re thinking?

Children In Hospitals Were Used For Scientific Experiments (Newstalk)

He’s Got Her Back