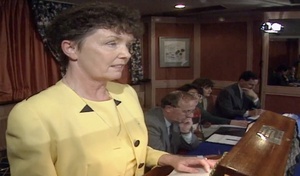 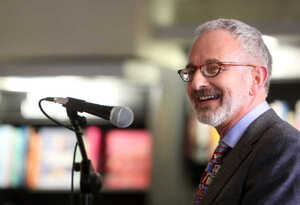 The Broadcating Authority of Ireland has rejected a complaint made by Nora Bennis on behalf of Catholic Democrats that statements made by RTÉ broadcaster Michael Murphy on RTÉ Radio One’s Mooney Show were “misleading and offensive and were seen as an incitement to hatred towards heterosexuals“.

On ‘The Mooney Show’ of January 20 2014, the complainants claim that Mr Murphy was allowed on the issue of civil partnerships to label a whole group of people who hold opposing views to him and there was nobody on the programme to bring balance to the discussion. Mr Murphy said in relation to the Catholic Church’s teaching on homosexuality:

“…if I could quote the Church – [homosexual people] are intrinsically disordered with a tendency towards evil.”

Mrs Bennis states that Church teaching is clear on the matter:

“homosexual acts are intrinsically disordered [because] they are contrary to the Natural Law”…..”men and women who have deep-seated homosexual tendencies…Must be accepted with respect”.

In reaching its decision to reject the complaint, the Compliance Committee was of the view that Mr Murphy’s interpretation of the teachings was reasonable and did not require a counterbalancing perspective.

Nora Bennis is the general secretary of Catholic Democrats and was listed as a substitute for Theresa Heaney in the Ireland South constituency.

Listen to ‘The Mooney Show’ here.

Previously: Rightest Of The Right

Rightest Of The Right