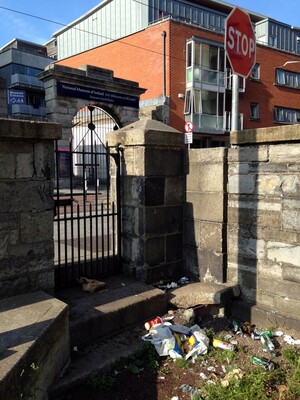 “The memorial park in front of Collins Barracks, Dublin (now a part of the National Museum of Ireland) is known as the “Croppy Acre”, as the remains of rebels executed during the 1798 rebellion are said to lie there.”  (Via Wikipedia)

“Pictures taken yesterday. A perfect example of Irish people’s indifference to litter, and a reflection of the Museum’s obvious lack of concern…”