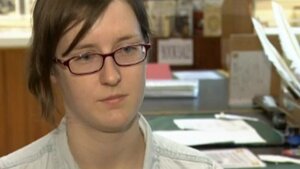 “The High Court has ruled emergency laws underpinning a government back-to-work scheme are “incompatible” with the European Convention on Human Rights.

The ruling stems from a case brought by Cait Reilly in 2012, who said being forced to work for free at a Poundland store breached her human rights.

The 24-year old graduate challenged the legality of an unpaid work placement she undertook in 2011, part of the government’s “mandatory work activity” programme.

She said that she was told that if she did not agree to take part in the scheme, which she said involved stacking shelves, she would lose her Jobseeker’s Allowance. The government brought in new rules in 2013 allowing unpaid work schemes to continue pending further legal appeals.”

Over to you Ms Burton.

Calling A Slave A Slave

The Sow That Eats Her Own Farrow