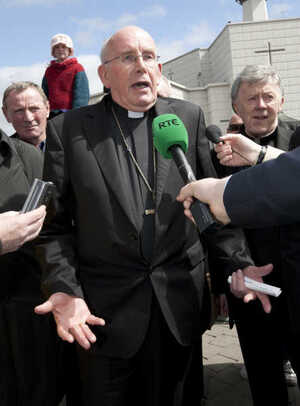 Abuse survivor Marie Kane told Pope Francis that “cover-up is still happening and you have the power to make these changes.” There were others besides Cardinal Brady, she said, but “I didn’t want to go into a litany.”
Pope Francis responded that “it was difficult to make these changes,” Marie said, “but it’s a big thing with me that Seán Brady is gone.”