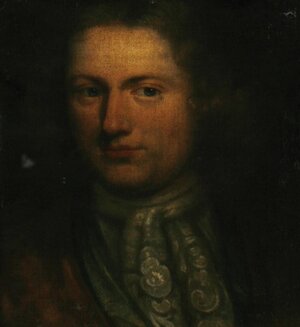 “Spare a thought for Patrick Sarsfield (1st Earl of Lucan) who had to flee with the Wild Geese. He might have to leave these shores again tomorrow after an auction in Sheppards of Durrow in county Laois, when a portrait of him is going to be auctioned.
Not only was he a great leader during the Battle of the Boyne/siege of limerick, the reason most men in Ireland are called Patrick is in honour of him and not St Patrick. It would be a real shame if this was lost to Ireland and especially Limerick (city of culture 2014). The picture is lot 289 and the estimate is €3,000 – €5,000. It is attributed to the artist Charles Stoppelaer.
Otherwise poor Patrick could be lost forever and end up a wild goose like the 6th Earl of Lucan (his great great great Great -you get the idea- Nephew) who is still missing, presumed dead and was found guilty of murdering the nanny.”