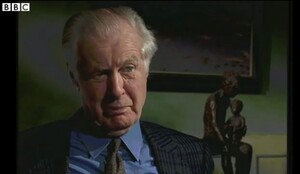 On the UK paedophilia scandal…. and the cover ups.(video only 48 secs)  From the You Tube poster: ‘Footage has emerged of a former Conservative MP suggesting to the BBC in 1995 that party whips might not disclose certain behaviour of colleagues including that “involving small boys.” Tim Fortescue (top), who was a senior whip in Sir Edward Heath’s government from 1970-73, claimed that MPs would “come and ask if we could help and if we could, we did” and he goes on…. “it might be debt, or it might be.. ummm.. a scandal involving small boys“.

18 thoughts on “Spare The Whip”