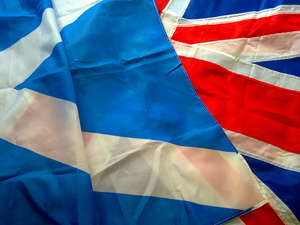 Speaking in the House of Commons today, British Prime Minister David Cameron had this to say about the ongoing Israeli military offensive on Gaza:

“I have been clear throughout this crisis that Israel has the right to defend itself. Those criticising Israel’s response must ask themselves how they would expect their own government to react if hundreds of rockets were raining down on British cities today.

I spoke to Prime Minister Netanyahu again about this crisis last night. I repeated our recognition of Israel’s right to take proportionate action to defend itself, and our condemnation of Hamas’ refusal to end their rocket attacks, despite all international efforts to broker a ceasefire.

It is vital that Hamas recognises the need to enter serious negotiations to end this crisis. In particular, we urge Hamas to engage with the ceasefire proposals put forward by the Egyptian government.”

On Friday in Edinburgh the Scottish Minister for External Affairs Humza Yousaf said:

“I have today written to the Home Secretary and told her that Scotland would be willing to accept Palestinian refugees and urged the UK to also play a part in easing the refugee crisis in Gaza and the Occupied Palestinian Territories.

It is essential that the UN should be allowed to independently investigate all civilian deaths to determine whether there has been any violation of international law.

Our offer of medical assistance to help the humanitarian situation still stands and we are currently in dialogue with the appropriate Governments and agencies to assess whether Scotland can give specialist medical help to civilians caught up in the conflict should should this prove possible.

The Scottish Government also believes that the continuation of the blockade in Gaza is exacerbating the suffering experienced by the people there and tantamount to collective punishment. For that reason I recently wrote to the UK Government to exert further pressure on the Israeli Government to bring that blockade to an end.”