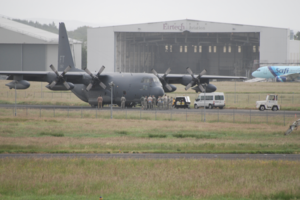 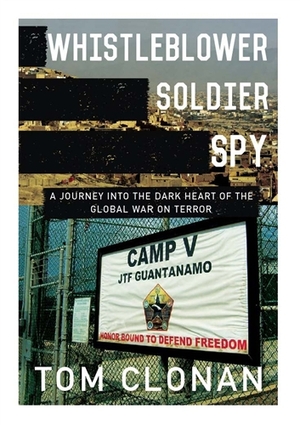 On a conversation he had with Dr Ali Mokdad, a  Hizbullah member of Lebanese parliament…

“I ask Dr Mokdad about the safety of Irish troops in Lebanon given their ongoing hostilities between Hizbullah and the Israelies. Mokdad tells me over the phone that the Irish are very welcome in Lebanon and ‘as long as the Irish don’t interfere with our social work south of the Litani river, they should not have a problem.’ Dr Mokdad does warn me, however, that any attempt on the part of the UN to interfere with Hizbullah’ combat operations would be considered a ‘hostile act’. He explains, ‘In these circumstances, let me be explicit. There should be no searches, no confiscation of weapons, or interference. If the UN did these things, it would help the Israelies and that would be a different story, with a different outcome for UN soldiers.’ I take this to be a thinly veiled threat against Irish troops attempting to execute a UN mandate.’

“Meanwhile, D Mokdad continues. ‘The Irish people have nothing to fear from Hizbullah. Orient your fear towards Israel and its intentions in Lebanon’. As I scribble down notes of the conversation and as Darach [one of Dr Clonan’s sons sitting on his lap] strains to hear the doctor, Mokdad moves on to the subject of US troops at Shannon Airport in County Clare. He pronounces ‘County Clare’ with great emphasis. ‘There is no humanity when you allow your airports to be used to move soldiers or weapons from one side to another. It is not fair. It is not good. I am not glad to say it about the Irish, but it is true. I know that you have a special relationship with America, but it should be used for peace, not moving weapons and soldiers. These weapons hurt us and our children… the Irish should not cooperate with the movement of war materials and forces.’ I thank Dr Mokdad for his time and his comments. Darach says goodbye down the phone. Dr Mokdad calls him habibi or darling. It is the first time I have heard a major Islamic resistance group condemn the use of Shannon by US troops. The Irish Times includes excerpts from the interview the following day.”

“Another ATA flight from the US Marine Corps’ Camp Lejeune in North Carolina lands at Shannon. On board are members of the US Marine Cops Regimental Combat Team 2, 2nd Marine Regiment, bound for deployment to Al Anbar Province, Iraq. As the ATA Boeing 757 aircraft taxies to the arrival gate, I haggle with the ATA ground staff and am given permission to board the plane. With the aircraft door just opened, the sight inside is a little unusual. There are no passengers crowding the aisles, reaching for hand luggage in the overhead cabins as is the norm among civilians prior to disembarking after a long flight. Instead, stretching right back to the rear of the aircraft, there are row upon row of crew-cut marines in identical combat fatigues, sitting in total silence. The ATA announcer on board the aircraft states, ‘Folks, good morning, welcome to Shannon. You’re going to be on the ground here for 45 minutes. The bar and the duty-free are available and there is a smoking section just straight across from the bar. All weapons must remain on board the aircraft and that includes gun holsters. Thank you.’ I scan the aircraft floor. Sure enough. There are weapons on board. Assault rifles and automatic pistols. So much for Irish government denials about the transit of armed troops through Shannon.”

The European Court of Human Rights ruled that Poland – which had always denied that the CIA operated a secret jail on its territory – broke the European Convention on Human Rights by helping the CIA to render two terror suspects, Saudi-born Palestinian Abu Zubaydah and Saudi national Abd al-Rahim al-Nashiri.

Both men – who are currently held at Guantanamo Bay – claim that in December 2002 they were taken to Poland on board the same rendition plane.

Mr Al Nashiri – accused of orchestrating the USS Cole bombing in Yemen in 2000 – that he was subjected to “unauthorised” interrogation methods, including mock executions, prolonged stress positions – kneeling on the floor and leaning back – and threatened with his family being brought to the site and abused in front of him if he did not provide information.

Mr Zubaydah claims he was captured in Pakistan in March 2002 and subsequently transferred to a secret CIA detention facility in Thailand, before being brought to Poland on December 5, 2002, where he was held until September 22, 2003. He was then taken to Guantanamo Bay.

In the judgement of his case against Poland, it states that between 2008 and 2011 he suffered more than 300 seizures and, at some point during his captivity, he lost his left eye.

The ECHR also ruled that Poland failed to conduct a proper investigation into the events surrounding the men, and ordered the Polish government to pay €100,000 to each of the men as means of compensation.

In a press release following the decision, and among other things, the ECHR said:

“[The ECHR] also found that Poland had known of the nature and purposes of the CIA’s activities on its territory at the material time. Poland had cooperated in the preparation and execution of the CIA rendition, secret detention and interrogation operations on its territory in the following manner: by enabling the CIA to use its airspace and the airport; by its complicity in disguising the movements of rendition aircraft; and, by providing logistics and services, including special security arrangements, a special procedure for landings, the transportation of CIA teams with detainees on land, and the securing of the Stare Kiejkuty base for the CIA’s secret detention. Having regard to the widespread public information about ill-treatment and abuse of detained terrorist suspects in the custody of the US authorities, Poland ought to have known that, by enabling the CIA to detain such persons on its territory, it was exposing them to a serious risk of treatment contrary to the Convention.”

In light of this decision, how does Ireland’s position look now, in relation to the use of Shannon Airport?

In February of last year, the Open Society Justice Initiative released a report, called Globalizing Torture, which named Ireland as one of the 54 countries identified as colluding with authorities in the US to operate the CIA’s extraordinary rendition programme.

The report also claimed that it is suspected planes involved in the rendition programme refuelled in Shannon before being used to transport… the very same Abd al Nashiri.

Ireland permitted the use of its airspace and airports for flights associated with CIA extraordinary rendition operations. A 2007 European Parliament report “express[ed] serious concern about the stopovers made by CIA-operated aircraft at Irish airports that on many occasions came from or were bound for countries linked with extraordinary rendition circuits and the transfer of detainees.”

“Richmor-operated flights were involved in the extraordinary rendition of the Egyptian cleric Abu Omar and are also suspected of having refuelled at Shannon before transporting Abd al Nashiri. Diplomatic cables released by WikiLeaks in 2010 revealed that former Irish Foreign Affairs Minister Dermot Ahern told US Ambassador Thomas Foley that he was “quite convinced that at least three flights involving renditions had refuelled at Shannon Airport before or after conducting renditions elsewhere. Other cables revealed that former US Ambassador James Kenny noted in 2006 that the Irish government had “acted to ensure continued US military transits at Shannon in the face of public criticism” despite public concern that the airport was being used for extraordinary rendition flights.”

16 thoughts on “For The Record”