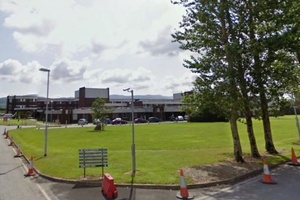 Last week in the High Court, Judge Sean Ryan ruled against Ciara Hamilton, who was taking a case against the HSE. She now faces a six-figure legal bill.

Ms Hamilton claimed that a midwife at Kerry General Hospital artificially broke her waters on June 11, 2011, through a procedure called ARM.

She alleged this rupture of her waters led her to have an emergency C-section due to a cord prolapse – where the umbilical cord drops into the birth canal in front of the baby’s head during delivery.

Cord prolapse can cause stillbirth unless the baby is delivered quickly.

However, Ms Hamilton claimed she suffered personal injuries, loss and damage because of the C-section.

Mr Justice Ryan found that it was reasonable for the midwife involved to seek reassurance with an artificial rupture of the membranes. The midwife was the person entitled, authorised and qualified to make the decision, the judge said.

When the midwife broke the waters, the judge said she immediately appreciated the cord had prolapsed and responded appropriately by raising the alarm while protecting the baby from injury.

On May 14, the Irish Times reported:

The claims are denied and the High Court heard the midwife in the case will say she discussed the artificial rupture of the membranes with Ms Hamilton and that her rationale was a concern for the health of the child.

However, yesterday afternoon, AIMSI (Association for Improvement in the Maternity Services in Ireland)  claimed it has been told that Ms Hamilton was unaware the midwife was going to break her waters.

AIMSI has received confirmation that the woman in this case was unaware the midwife was going to break her waters. An ARM was performed during a routine exam with no discussion or opportunity for the woman to consent or refuse treatment.

It’s also been claimed that Ms Hamilton was a carrier of Group B Strep, a common streptococcus bacteria, which apparently is more likely to be passed to a baby if the mother’s waters are broken prematurely (before 37 weeks). The amniotic fluid acts as a protective barrier for babies.

“So the intervention was performed without the woman’s knowledge. Justice Ryan has judged that performing an intervention that is not based on evidence or best international practice, without the knowledge or consent of a labouring woman, is acceptable and appropriate. Even in this case where the intervention itself caused an obstetric emergency and had long-term negative consequences for both mother and baby. Where does the average woman who has an intervention during labour without her permission or knowledge, but doesn’t have such serious long-term effects, stand? If the action in this case has been deemed appropriate in the High Court, God help us all.”

Not a consent issue (No Country For Pregnant Women)

Woman sues after alleged inappropriate interference during birth of her baby (Irish Independent, May 14, 2014)

87 thoughts on “Whose Body Is It Anyway?”