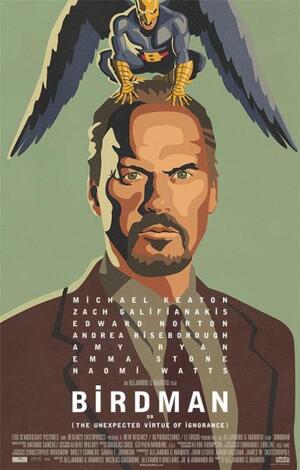 1. Michael Keaton plays a down-at-heel actor, once famous for playing iconic superhero “Birdman,” but now struggling to reclaim the respect of his peers.

3. Keaton’s presence automatically improves any project by at least 25%.

5. It’s Kind of a Funny Story (2010) showed that Zach Galifianakis can do serious, but if it’s funny you’re after then Between Two Ferns is where it’s at.

6. There’s talk of this being presented as one continuous take a la Hitchcock’s Rope (1948). If anyone can pull that trick off, it’s Gravity’s (2013) Oscar-winning cinematographer, Emmanuel Lubezki.

7. Broadsheet Prognosis: We’re all over this.

Mark writes on culture for WhyBother.ie