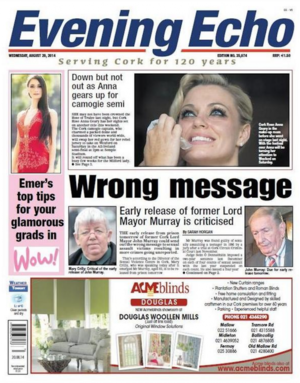 Former Lord Mayor of Cork John Murray, aged 83, is to be released from prison tomorrow after serving eight months.

Last December he was convicted of five sexual assault charges and sentenced to four years in prison, with three years suspended.

Previously: A Prayer For The Living