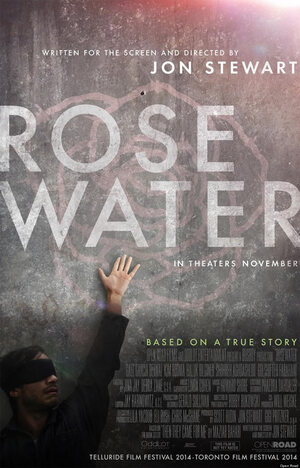 1. Iranian Canadian journalist Maziar Bahari was imprisoned and brutally interrogated for 118 days while reporting for Newsweek on the 2009 Iranian presidential elections.

2. Bahari’s interrogator would only identify himself as ‘Rosewater’, hence the title.

3. The film has been adapted from the bestseller memoir ‘Then They Came For Me: A Family’s Story Of Love, Captivity and Survival (2011)’ by Jon Stewart of the Daily Show. Stewart is also making his directorial debut here.

4. The Daily Show has another connection to this story. This interview between Bahari and Jason Jones, the comedic foreign affairs correspondent for the Daily Show, was used as evidence of Bahari’s association with American spies by the Republican Guard.

5. It’s a young Che without the motorbike.

6. Iranian State TV have described the film as “an ultra-formulaic movie commissioned by his masters, a story of the American-Israeli sedition in 2009”, as “anti-Iranian propaganda” and says Stewart’s clearly being manipulated by the “Zionist lobby.”