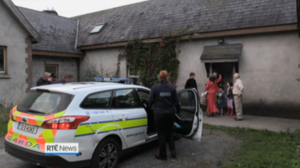 Emmet John O’Connor, 19, is a son of mother-of-six Monica O’Connor and Eddie O’Neill, from Tullow in Co. Carlow.

Ms O’Connor was yesterday arrested and taken to Mountjoy Prison before being later released. Her arrest and brief imprisonment was on foot of a refusal to pay a fine related to home schooling.

Ms O’Connor and Mr O’Neill were fined €2,000 in June 2013, after they were both found guilty of failing to register two of their children for home schooling and assessment.

As most of you will be aware by now, my Mam was arrested this morning by the Gardai, and brought to Mountjoy Prison for ‘Failing to cause her kids to attend school’. If any of you have met any of my siblings, or my parents in fact, I’m sure you would agree that there is no education issue present there. I boast to have had the best experience, regarding my education, that I could possibly have had. That is not to say my education was, or is, better than anyone else’s, but for me it was perfect!

To me, I think we were scapegoats for the NEWB, (or what is now the Child and Family Agency,) to frighten any potential Home-Edders into automatically assessing with the board rather than going through the same lengthy, draining, court proceedings that we were subject to.

The crux of the problem is this: Home Educators in this country are currently treated as though their kids are truants, hence the assessment process.

What we would like to see is a change in governmental policy, whereby some from of liaising body is set up between the CFA and Home Educators. This would comprise people who are experienced with regard to Home Ed. and some Home Educators themselves.

There would be no registration involved. All Home Educators would notify this body that they were home educating. Then this board could provide support, and possibly: funding for field trips, museum cards, or even scholarships to Home Educating kids, and treat them as a separate educational entity.

In this way, if there were some issues with child welfare or educational requirements, the agency would be better informed than the governing bodies currently are, and then be able to take it to the CFA, who might then see the need to intervene.

Because the system we have in place not only wastes its, already, limited resources persecuting people like my mother (who they have actually assessed, and approved, for the education of a foster-child we had living with us,) but they also don’t get to see any genuine truancy or welfare/education issues that are present in this country.

The assessors don’t have to meet the kids; they don’t have to come into the home. They can meet either parent in a library, a hotel reception, a cafe, etc.

This means that the kids who are in danger, and who do require the actions of the Government, and possibly the intervention of the Gardai, could be sitting at home hungry while their mother/father signs the papers.

I think most will agree: this does not make sense!

In our case I am fully confident that the persecuting body did not suspect there to be any welfare or educational issue in our family. And yet they subjected us, (and themselves,) to over a year of court proceedings, which has done nothing but drain our resources, time, and energy, not to mention create worry, uncertainty, and fear, (in our family at any rate,) and that’s not to mention the whole ‘sentencing my Ma to jail’ thing.

I wrote this in the hope that those of you who were not aware of this case, might hear of it and spread the word, and those who already were aware, might gain some insight and understanding, as it is not very black and white.

I feel I must say that I don’t believe for a second that the governmental bodies at work in this situation, those who worked in the NEWB, or CFA, are inherently bad, or nasty people. They are people: they get up everyday, have their ups and downs, most probably do their best to help out who they can when they can, but they are operating within a system that is inherently flawed in its design and management, and is wasting its resources, not to mention those of the lawyers, judges, and Gardai, persecuting the wrong people.

I’d also just like to make a big shout to Mum and my Dad, for being so brave and standing up for what they believe in.

And also to all who have given/offered support be it a text message a call, a prayer, I can’t adequately express how thankful we all are for the amazing kindness people have shown us over the past few months. From our closest friends, to people half the world away who we have never met it really means so much.

127 thoughts on “The Whole ‘Sentencing My Ma To Jail’ Thing”