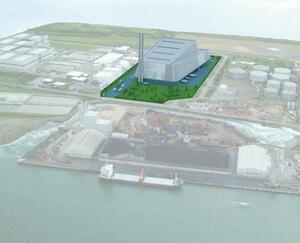 The controversial Poolbeg waste incinerator in Dublin looks set to go ahead this year after the State’s public private partnership financial watchdog approved the project.
Councillors in Dublin City Council were told yesterday evening that the National Development Finance Agency had issued a value for money certificate yesterday for the 600,000-tonne waste-to-energy plant, tghe agency’s approval was the final hurdle before the council, which has had planning permission for the plant since 2007, could give the go-ahead to Covanta, the US firm contracted to build and run it..”

27 thoughts on “This Stinks”