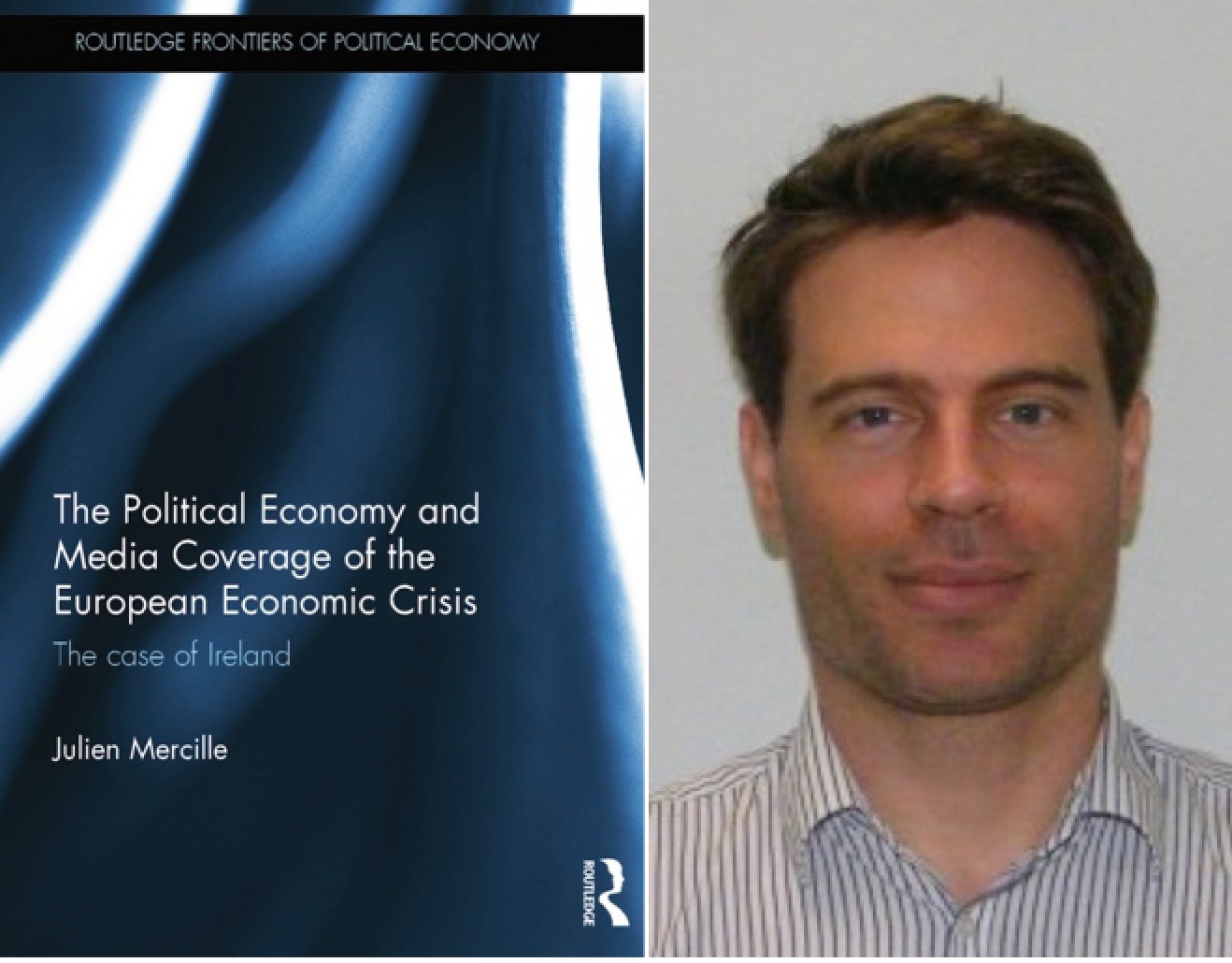 The Political Economy and Media Coverage of the European Economic Crisis: The Case of Ireland (Routledge) examines the role of RTÉ, Irish Times, Irish and Sunday Independents, The Sunday Business Post and others in:

*Creating and fuelling the boom

* Failing to warn about the bust

* Providing little or no balance covering the subsequent austerity measures.

“The book shows that the Irish media has largely conveyed the views of corporate and political elites from the housing bubble years, through the bank and EU-IMF bailouts, and up to this day and age of austerity. The effects on public debate have been highly negative, to put it mildly. Oh, and there is also a special section on Marc Coleman to set the record straight on his performance…”

Meanwhile, among those who couldn’t put it down…

“A book of record… An exceptionally rare example of an academically rigorous analysis forcing the powerful light of transparency and exposure into the murky world of Irish policy advocacy and punditry… A captivating account.”
Constantin Gurdgiev, Trinity College Dublin

“Julien Mercille delivers both a stinging critique of how Irish media narrowed the debate on crisis and austerity and a comprehensive analysis of that limited public discourse.
Seán Ó Riain, Author of The Rise and Fall of Ireland’s Celtic Tiger

“Anyone who cares about democracy and economic policy should read this book and be deeply worried by it.”

Mark Blyth, Professor of International Political Economy, Brown University and author of Austerity: The History of a Dangerous Idea

“Superb… A model for examining the news media across the world.”
Robert W. McChesney, co-author, The Endless Crisis

“Tells the story of the economic crisis well and explains the media’s role in convincing the public that it was all very complicated and that government policy can do little to improve the situation.”
Dean Baker, Center for Economic and Policy Research

The book costs about the same as a small house.