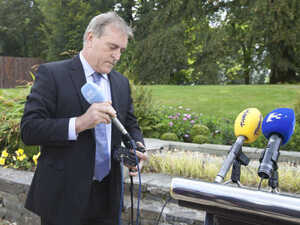 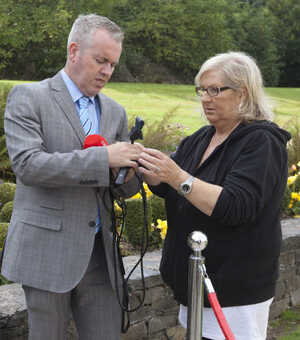 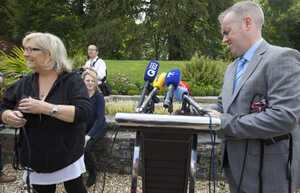 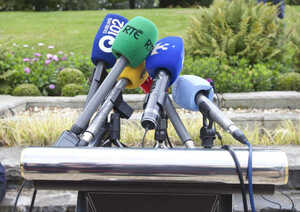 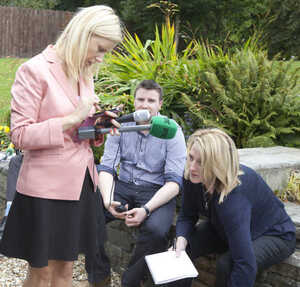 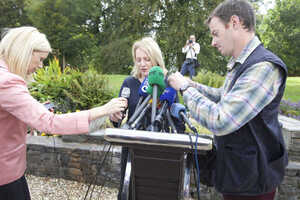 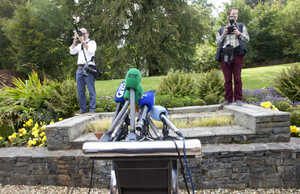 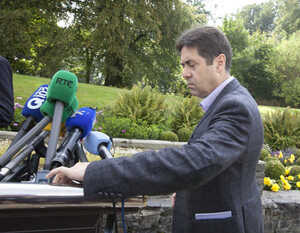 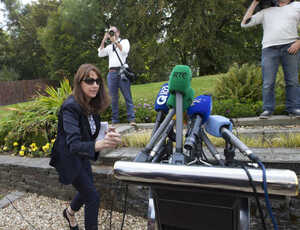 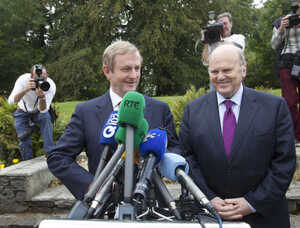 The FG Annual Think-In at the Fota Island Resort in County Cork.

An essay by Eamonn Farrell who writes:

“Normally a political party Think-In starts with the party leader addressing the media from a podium after his or her arrival at the event via a phalanx of brightly coloured mics, supported by a microphone holder on the podium. This year the party minders changed the set up with only the taoiseach, two ministers and a local TD at the podium. But they also left out the mic holders, which meant that the poor media operators (there are no journalists/photographers/cameramen or broadcasters anymore, just ‘media operators’), had to try and build a pyramid of individual mics…”

15 thoughts on “Building The Pyramid Stage”