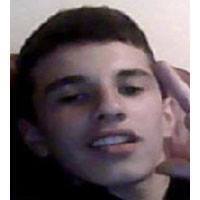 A Child Rescue Ireland (CRI) alert has been initiated and the gardaí and are looking for help in tracing 15-year-old Sait Canbullu, pictured above.

At approximately 13.10hrs this afternoon, 13th September 2014, Sait Canbullu was approached by two males ( wearing balaclavas / ski masks) and abducted during an incident at the junction of High St. and Rowe St. in Wexford town. He was taken from the scene in a vehicle described as a black saloon car with tinted windows. It’s understood the car travelled in the direction of Wexford Quays. Sait is described as 5ft4” in height, of average build, with black hair and brown eyes. When last seen he was wearing dark grey tracksuit and blue/grey Nike running shoes.

Anyone with information is asked to contact Gardaí on 999 or 112. Please do not approach those involved, instead immediately contact 999 / 112 or your local Garda Station providing as much information as possible. The Garda Confidential number should not be uses as the number is not manned on a 24-hour basis. A further update will be issued within two hours if not sooner.

48 thoughts on “Have You Seen This Abducted Boy?”