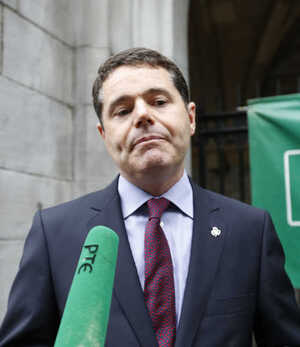 Mr Donohoe confirmed he had discussed with Minister for Justice Frances Fitzgerald last night Sgt Maurice McCabe’s latest allegations that several hundred penalty points are continuing to be terminated every month by members of the force.
“Both of us agree that they’re very, very serious and they must be investigated…It is hugely important that these areas be investigated properly and it be done in a clear manner,” he said.

Interim Garda Commissioner Noirín O’Sullivan said the timeline in relation to these allegations was very important. She said only three people could cancel penalty points under the new system introduced in June.

That seems to narrow it down to three people.