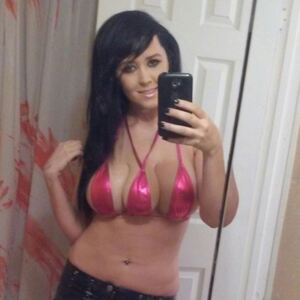 An American woman has claimed to have had a third breast surgically added to her chest. The 21-year-old, who calls herself Jasmine Tridevil, wants to be a reality star. She posts videos of her daily life in Tampa, Florida, on Facebook to “show the struggles she faces because of her surgery.” Tridevil has also claimed she had the surgery because she didn’t want to appear as attractive to men….”

‘I had a third breast implant so I can turn off men’ (Radhika Sanghani, Telegraph)

No Thanks For The Mammaries

39 thoughts on “Three Of Cups”