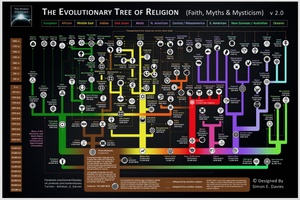 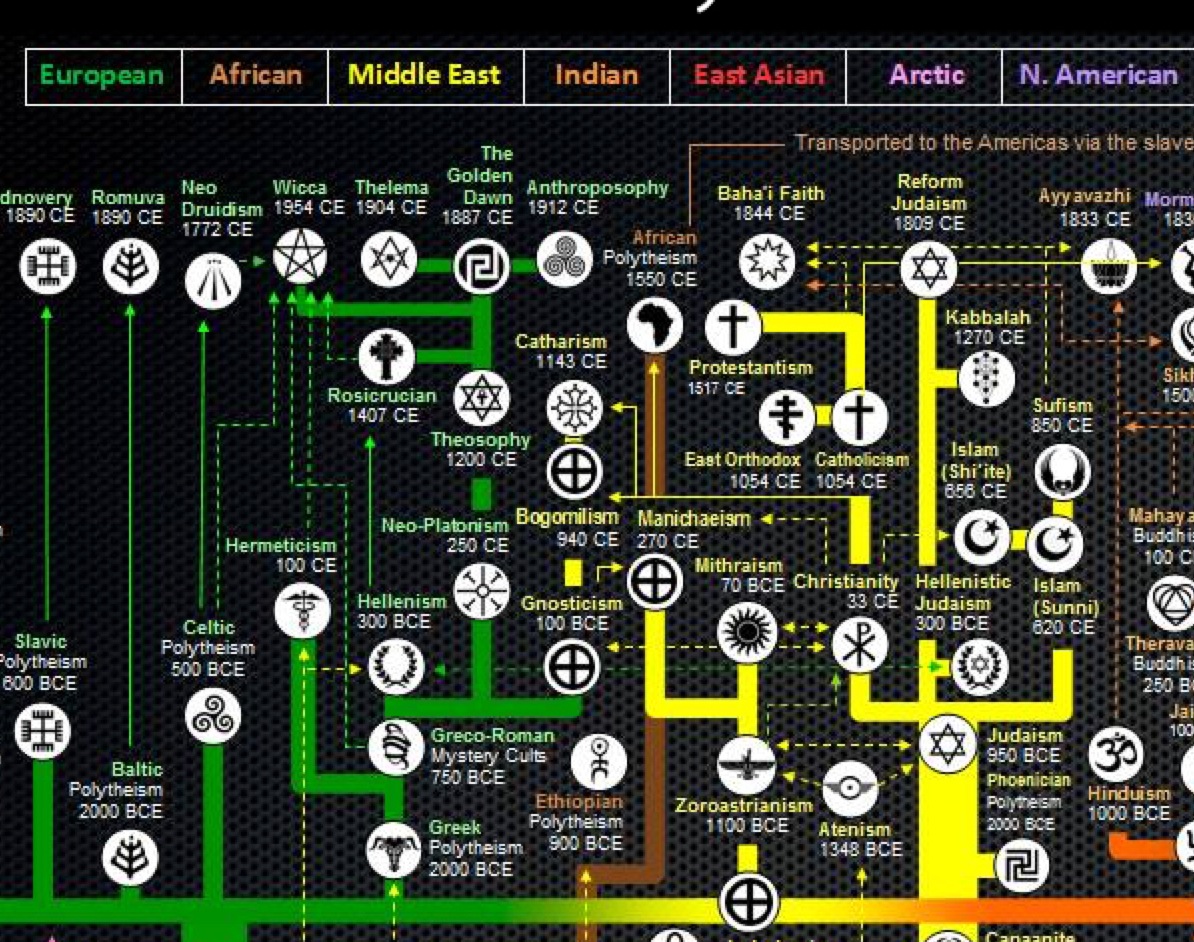 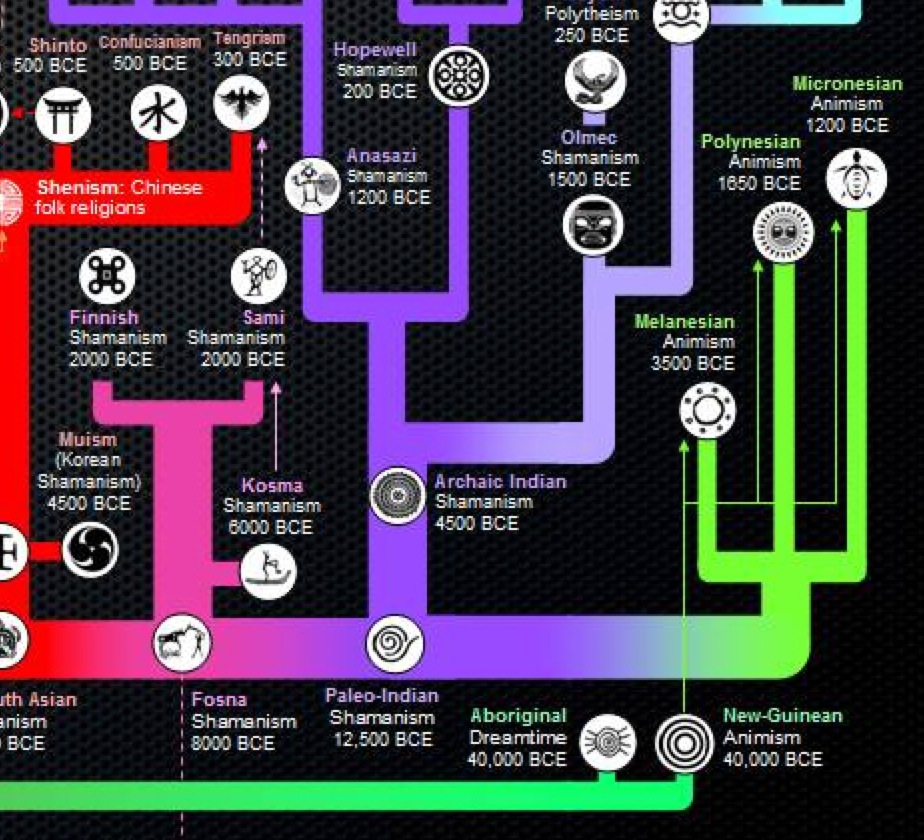 A graph depicting the links between ALL (major) religions through history.

Where is your Flying Spaghetti Monster now?

“Even while the dates are approximate—many of these religions started before written records—this is how most religion historians agree that it all happened. It’s quite fun to listen to the Jesuits themselves explain how modern Christianity is nothing but a rebooted version of Judaism mashed up with some new tales and the old Roman and Greek polytheistic traditions.”

The history of all religions explained in one fascinating graphic (Sploid)

Thanks John Gallen (and Fuzzy Duck for image link)

The Slowest-Growing Religion In The World

Goodbye To The Hill

‘Little Or No Choice’